Ilhan Kyuchyuk in North Macedonia a month before the decisive Council meeting.

Ilhan Kyuchyuk to Zoran Zaev: The accession of North Macedonia to the EU requires political will

You visited Podgorica 3 weeks ago for a conference about liberal’s approach to the EU enlargement process. Could you tell us more about that approach? What is the liberal approach to this process?

I visited Podgorica for the annual conference of the Liberal South Еast Europe Network (LIBSEEN), with members being Liberal parties from the region. The event ran under the headline: “A Liberal Approach to EU Enlargement Policy” and it was an opportunity to reaffirm our vision for the Western Balkans. Namely, we strongly support enlargement and increased engagement with the Western Balkan countries and their perspective within the European Union. In our view, this process must differentiate from the previous one, with a highly political nature and much less bureaucratic elements.

Is there a place for Western Balkans countries in the EU?

The European level of prosperity and security can be linked to the integration process. Achieving peace, democracy, compliance with human rights and the rule of law in the Western Balkans region in a strong and reformed EU is a top priority for the liberals in Europe. We need the Western Balkans, not less than the Western Balkans need us (EU). This is also the purpose of the new methodology presented by this Commission over the past month to restart the accession process with clearer results and tangible benefits and with the ultimate purpose of all Western Balkan countries acceeding to the EU.

What do you see as the main challenges (or obstacles) for these countries?

As a person coming from a country that had gone through the accession negotiations not too long ago, but also as a MEP who has a bird’s eye view over the entire region, I know that all countries face identical challenges. Judicial reform, the rule of law and the fight against corruption have always been a stumbling block to any candidate country. Given the military conflict suffering of the Western Balkans in the recent past, I believe that overcoming differences and establishing good neighborly relations will also be a serious challenge for countries in the region on their path to the EU. Therefore, my political group in the EP has called for the appointment of an EU Special Envoy for the Western Balkans to work under the authority of the High Representative and the Commissioner for Enlargement and Neighborhood Policy. This envoy will be able to concentrate his/her efforts on resolving the smoldering conflicts in the region and facilitate the integration process.

It is certain by now that even the Western Balkans countries have not been immune to right-wing politics. What should be a liberal response?

People must remember how fragile the democracies of the Western Balkans are and how easily we can push ourselves into the embrace of populism and nationalism to divert us from normal development. For example, the empowerment of far-left and far-right parties in the European Union and the lack of effectiveness in the European institutions’ actions on enlargement have fuelled negative sentiment in a number of Member States. The truth is that it is very difficult to achieve a political compromise, something particularly necessary when the goal is EU membership. EU accession must be a national cause, rather than the intention of one or another political party. It obliges all the politicians and civil society to set aside their differences and focus on the common cause.

What will be the role of ALDE in the region?

We believe we should make the accession process more effective and liberal cooperation in the Western Balkans region is vital. The ALDE Party, the Renew-Europe Group in the EP and our regional LIBSEEN network are the main actors and interlocutors interlinking the Liberal parties and national governments in the region with their peers in other parts of Europe. As a result of our work, the Western Balkans are today on the top of the European Commission’s agenda. We are working in this direction because we are aware that unless pro-European reformist democrats in the region are supported by the EU, the Western Balkans are at risk of transforming themselves into illiberal democracies and diverting from their EU perspective.

What may be the most important role of the Liberal Party in this process in Montenegro?

Montenegro’s Liberal Party has always followed a transparent and coherent enlargement policy to NATO and the EU. It is for us the guarantor of democracy and liberal values in the country and therefore enjoys the unwavering support of all liberals in Europe.

Recently a new methodology for enlargement was proposed, and Montenegro is in front of the choice between the old and new one. Which one do you think should be embraced?

Montenegro has shown a strong Euro-Atlantic orientation and has been successfully managing the negotiation process for several years. Today, the country is a respected member of NATO. You have all the prerequisites to successfully complete the negotiation process, whether you abide by the old one or choose the new methodology. In my personal opinion, the new methodology would allow for a more intensive dialogue with the European Commission and the Council.

What are the main challenges in front of the EU today?

The European Union must tackle two major challenges in the coming years – integration and enlargement. We will look for a solution to the issue of integration, which has triggered deep division on various topics within the Union and how much it needs to be deepened, especially in the context of Brexit. For the first time in our common history, we have an EU exiting country and this is a great loss for all of us, which puts forward the basic question: How can we move forward together? Europe is now facing a real test to answer this question to a large extent. The expanding coronavirus pandemic puts all of us to a serious trial, and to deal with it we need a unified pan-European approach, because no country is able to overcome it on its own. If we manage to resolve this chalenge together, I believe that the EU will also be able to find solutions to all the issues that are of concern to our society.

Do you believe new EC (European Commission) have capacities to renew Europe in the sense of creating it as a global economic hub and a competitor to the USA, China, India and other global economies?

If the EU truly wants to be an economic power and a global actor, it must pursue a coherent and long-term foreign policy based on the common interest, including in the Western Balkans. The global situation is dynamic and the puzzle of geopolitics changes every day. It requires us not only to adapt quickly, but also to speak up in one voice. Mrs Von der Leyen has already expressed her desire to lead a European Commission able to adapt the EU to a changing world but also able to making our ideas work globally. All of us, state governments and politicians, must support this ambitious plan, because only then will we be able to respond appropriately to other global players.

Where do you see the role of young people in all these processes we have been talking about?

Youth must be the drive of change they want to see in their societies. Policy is made with a clear horizon for at least 15-20 years ahead. The pro-active part of the community plays an essential role in any negotiation process.

Do you think they have enough space for being involved in decision-making?

I have repeatedly answered this question. Participation or non-participation is a matter of personal choice. In politics, as in life, nothing is given for free. Every day is a new struggle. In the 21st century, it means being prepared and willing to change.

What would be your message to young people?

Change is entirely up to you. But it will not come on its own. Just sitting on the bar and watching TV. More than ever, the world needs strong collective energy.

Securing a European future for the Western Balkans

MEP Ilhan Kyuchyuk talks about BREXIT, Bulgaria’s Membership in the EU and the future of the European Union 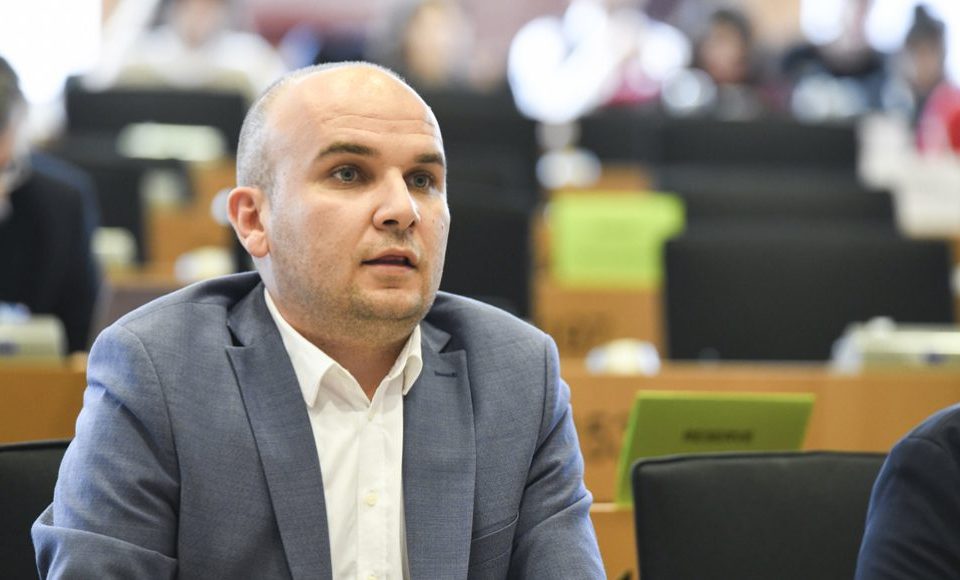 Kyuchyuk: The upcoming elections will frame the EU perspective of North Macedonia